For us city-dwellers, a good night sky is a rarity. So, as a birthday gift for someone special, I decided to make a hemispherical dome that when lit from inside would project a night-sky on the room ceiling. It will be nowhere close to a planetarium because the diffraction effects would blur light from the star-holes, but the hope was that it would come close.

So, I decided to 3D print the dome. Instead of picking the data from an already available source, I decided to take it up a notch (as if this was not challenging enough). I decided that I would want to write a piece of code which would take in a date and generate an stl file of hemispherical dome with stars, constellations for that particular night. And that is what this project is about.

This project consumed about 1-2 months worth weekends

! But it was so much fun! I learned about the celestial coordinate system and how to calculate the position of every star in the sky for a particular date. I then made holes on a hemisphere based on the brightness of the star (yea, very coarse). Ideally, because the bright stars typically form constellations, I should be able to see them in the star lamp. To have a cheatsheet of where the constellations are, I decided to engrave the constellations on the outside of the hemisphere (adding a few more weekends as well

). But it worked out and I got everything working!

The result was a heavy scad file which took hours to compile. I made a miniature version of it and it looks promising. I will add photos of them, along with the light source underneath soon (need to search for them). Meanwhile, here are some screenshots of the source file to the 3D printer. 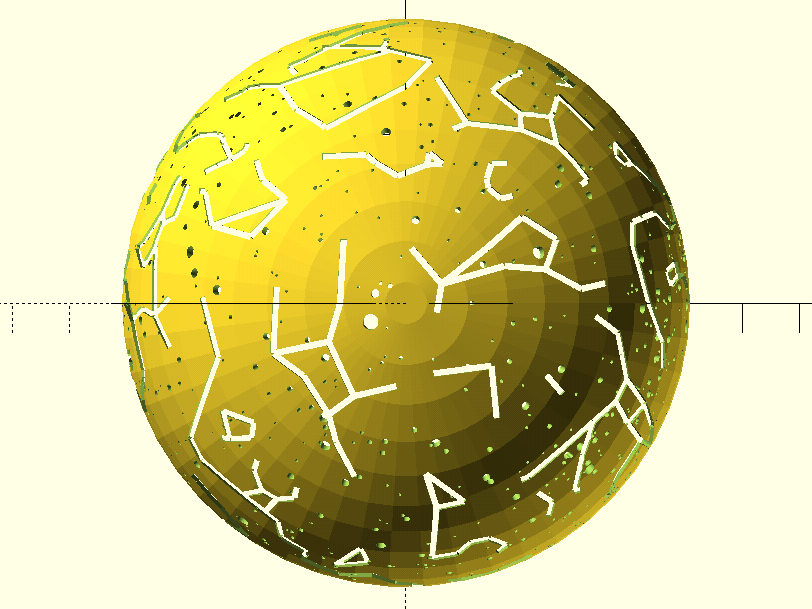 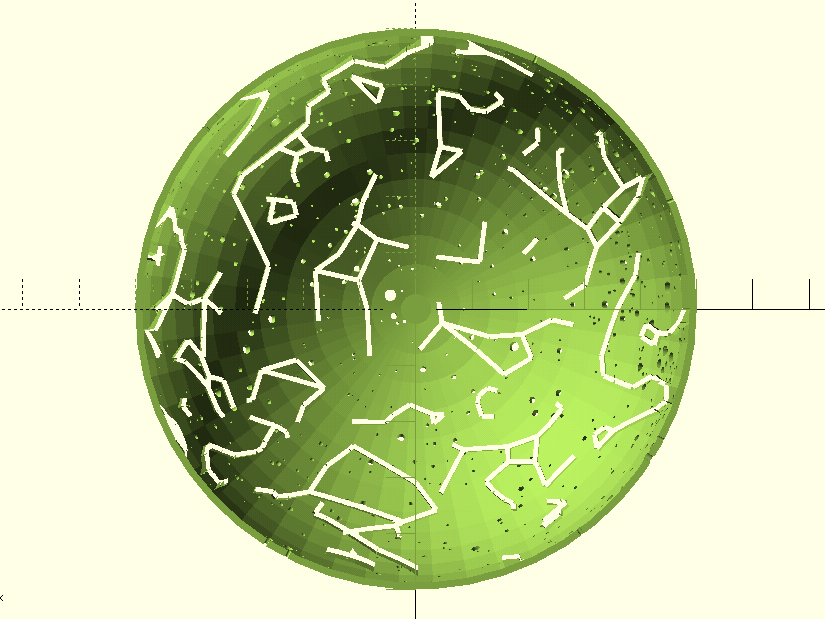 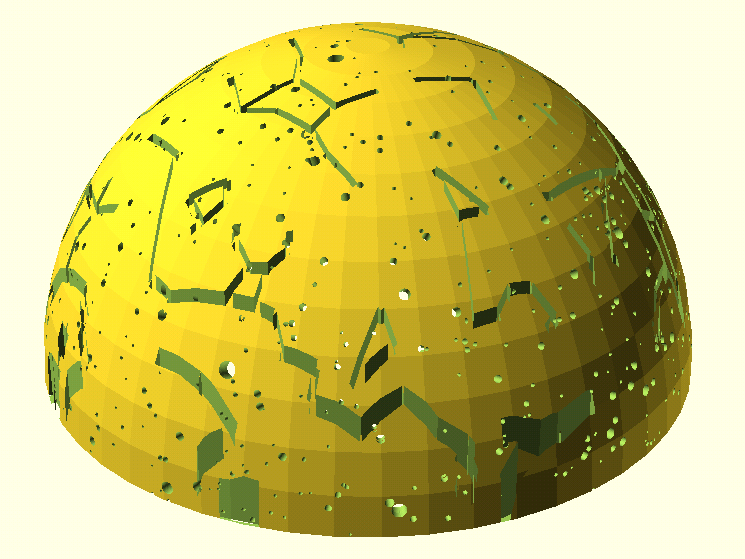 Here is the code for it, in case you want to check it out. I will get to printing a bigger version soon. Let me know if you beat me to it!