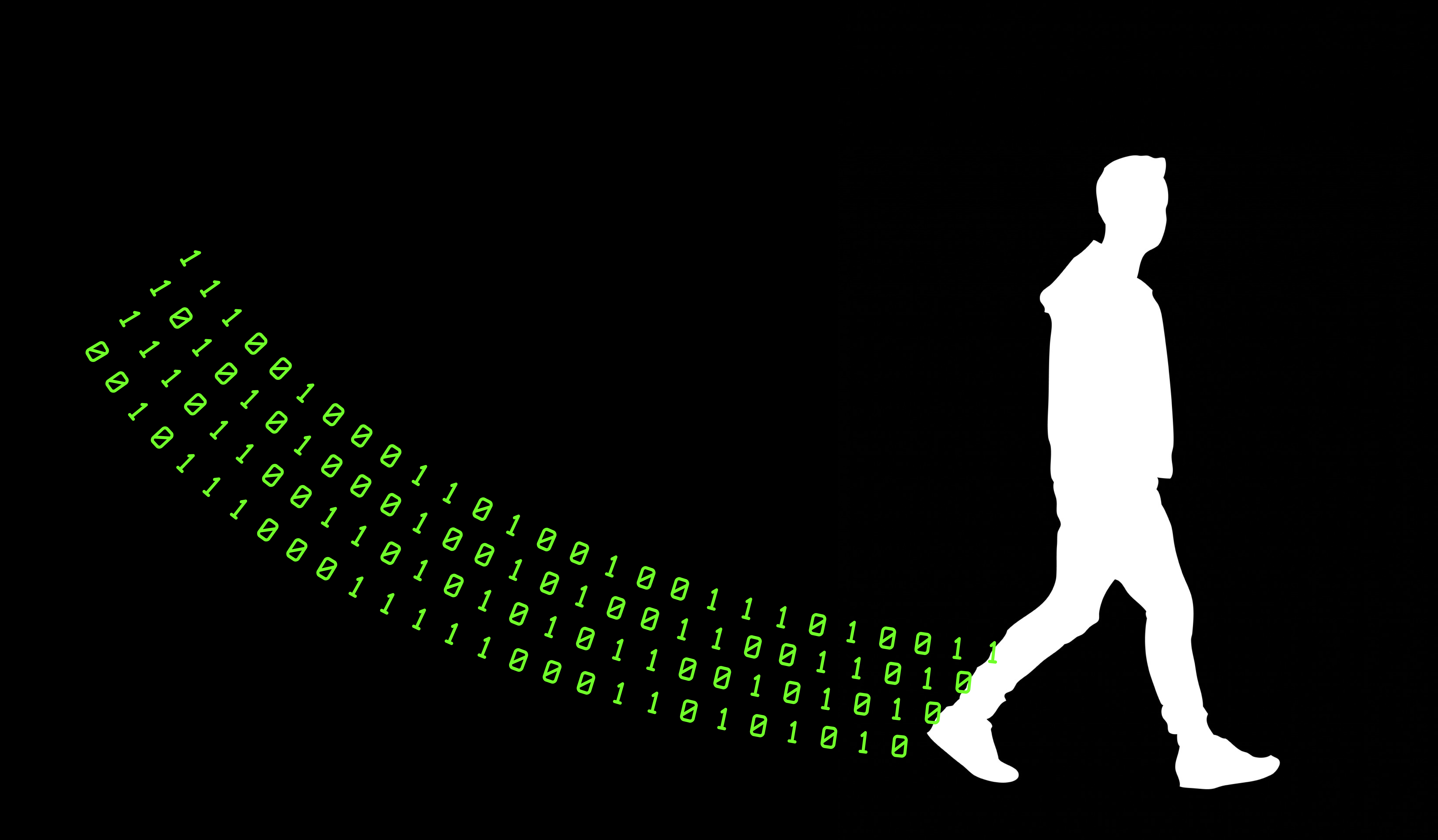 Footprint left behind while traversing the digital world

A smart phone is a godsend, is it not? Apart from calling people, it provides many other conveniences. There is no need to remember neighbourhoods or get physical maps to chart out routes when you are visiting new places; Google maps can do that for you. Nor is there a need to remember phone numbers of your close ones, or their birthdays. It serves as a personal assistant and provides you precisely timed reminders for everything. For someone as absent-minded as me, this is definitely something I cannot live without - it helps me organize my chaotic life.

In addition, most of these features are more or less free and available from the cheapest Android phone to the costliest iPhone. Android by itself is free and technically open source (though really not so much). There are a plethora of free Android apps which support themselves by showing ads, which implies that we don’t have to buy these apps. Mobile data is now cheap as well, which implies that more people can stream and learn a whole lot of things on their smartphones using these apps. It does seem like a positive example where technology has benefited all.

At this point, it is nice to think from the perspective of the people who are giving us this free stuff. Why is Google proving us with Android, as well as so many free (and ad-free) apps ranging from news to easy payment? What’s in it for them? Is it just altruism? That can’t be as their profits from Android are just going up, something which wouldn’t happen if it was an altruistic project. Not just that, their ad revenue has been increasing more or less exponentially. Although it is not clear, a part of this would have to be due to the apps with ads which we routinely use.

So what? Google shows a few ads and increases profits, while we enjoy Android for free - it seems like a fair trade. I agree, it would be a fair trade if Google did just that - showed a few random ads and kept Android and the whole ecosystem free for all. Unfortunately, just showing random ads is not a good business model - a company cannot be profitable from just that. Here is the problem - ads are only profitable if people actually act on it. For instance, let’s say a soft-drink company produced this new crazy flavour and wants to promote it. It asked for 100 ads to be shown to people, in the hopes that at least a few of them would try it out. Let’s assume that these ads are actually good - beautiful and tempting. Due to random chance, these were shown to people who believe that drinking soft-drinks is not healthy (a topic for another time). The soft-drink company did not get any return for the ads, and would not go to Google to display their ads the next time. Showing random ads therefore would not work.

Logically, a better approach would have been to show the ads to people who like soft drinks. They are more likely to try out new flavours and would click on the ad to find out more, as well as buy one later on from a store. Makes sense right? Okay, but how does one figure out who likes soft drinks? The answer is as simple as it is ethically wrong - gather as much data as possible about what people search for, what they buy, and what sort of articles they read. Infer from those what they like and don’t like and target ads based on that. Now that is a better and much more profitable business model.

From this perspective, providing Android and all those apps for free totally makes sense. Why? Because providers like Google get to gather data as you use these apps. And as they gather data, they continually update what they know about you. They then use that to show ads in their own apps, making you click them. Everything you do on this platform generates revenue for them - from just using apps (which is providing them free data) to clicking on ads (which is direct revenue). When Google can gain so much from this, why not provide Android for free?

Ah, so what? How much data can they gather? And how much can they infer from it? Quite a bit actually. The amount of data that can be gathered is unprecedented. Think of your phone as a tracking device that continuously sends information about where you are, what you are doing, what you are reading, who you are talking to (…etc). That is enough to basically reconstruct your whole life. Using anonymized location data alone, it is easy to reconstruct how you are, what you do, who you visit, etc. Don’t believe it? Try reading this. Just using location, it was easy to reconstruct all the places that Trump has been and how long he spent at each of these places. And that is just location. Imagine what else can be inferred using the rest of the Android data logs.

Ideally, all this data would only be for targeted ads if the company is nice. A more sinister motive would be to categorize people and slowly show them content to make them believe something. Now, imagine if a government did this systematically, for instance, to monitor people and decide their fates (China, for example). Not pretty, huh? Data is the fuel here. And something we have to be carefully about doling out.

Before smartphones and the internet, how would you share information about yourself? Would you go yell out your deepest secrets to random people? You would judge them, make friends with them, and reveal such things only when you get close enough, right? Why should it be different with data then? Well, that’s partly because we have been not told all this - it lies in that abstruse privacy policy document that we thoughtlessly agree to (not that we have an option if we have to use our newly bought phone). The core problem is consent and awareness - such companies have not asked for consent, or have sometimes sneakily asked for it, but have not made the users aware of its implications. And it is becoming increasingly clear that this is a problem.

Phew, paranoid much? Yeah, a bit. I have been thinking about all this, and figured it would make for a good blog series. I figured I will start with increasing the awareness of why it is a problem (weirdly, a lot of people are not aware). In the next few blog posts, I will lay down how I have begun to slowly restrict this information flow and (hopefully) reclaim my privacy.

Still not convinced? Here are a few resources to look at: