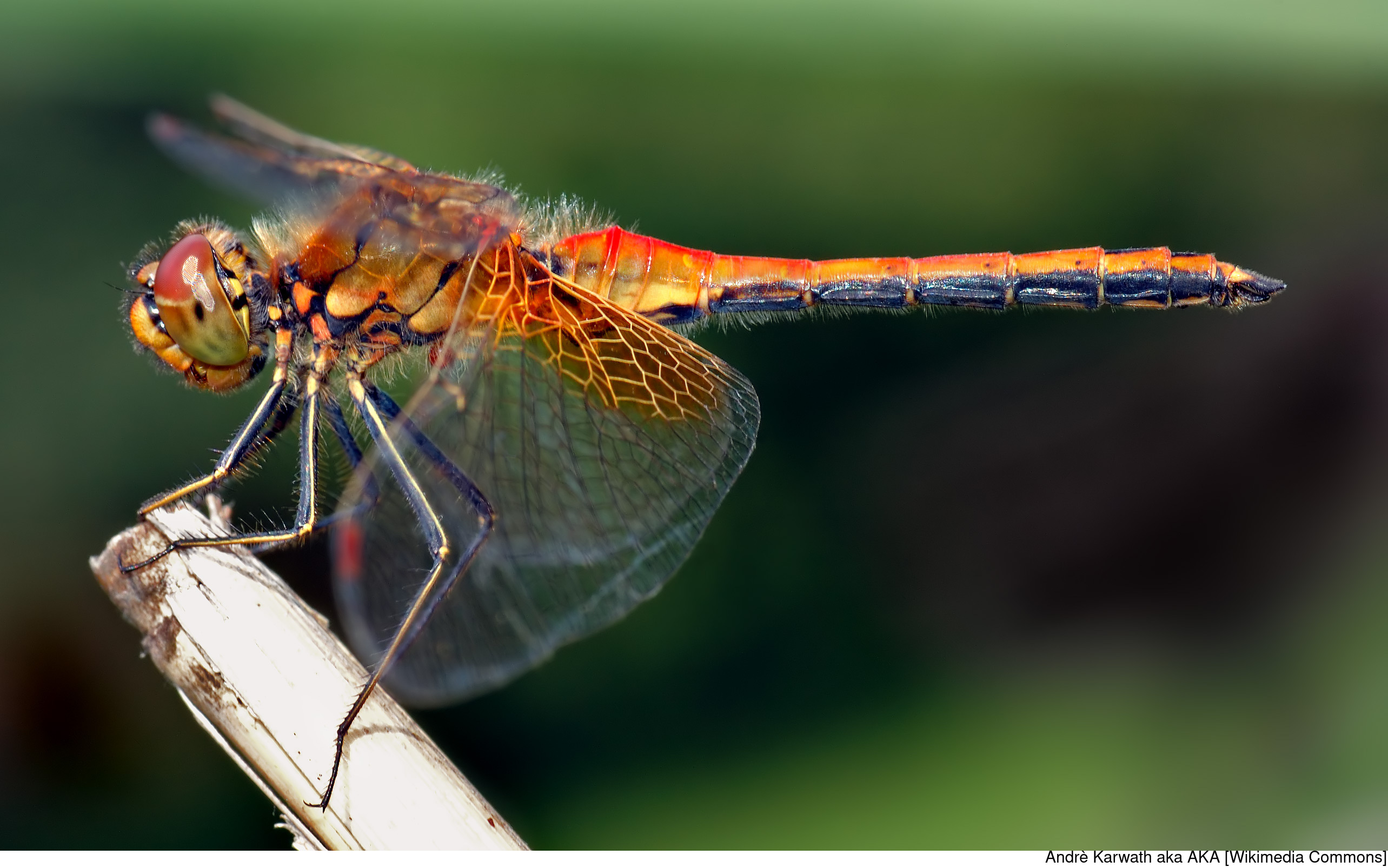 Insects, in general, are quite small and hence, have smaller brains when compared to the average mammal. Therefore, insect behavior should not be as complicated as mammalian behavior, right? Most insect behaviors seen in the wild are thus, assumed to be largely reflex driven, i.e., the insect nervous system elicits a stereotypic response based on the stimuli sensed. Consequently, prediction and planning, thought to be high level processes requiring large number of neurons, were considered absent in insects. This study on dragonflies questions the underlying assumptions of insect neuroscience by demonstrating that dragonflies are indeed capable of both prediction and planning.

Dragonflies are superior aerial predators that hunt and capture small insects mid-air. The study looked at the neural basis of the dragonflies’ hunting prowess. Using an elaborate setup, the authors filmed dragonflies chasing prey using high speed cameras. They then computed the prey’s motion and compared it with the dragonflies’ response. By analyzing the data, the authors showed that dragonflies use all three types of models while hunting and capturing prey. It uses physical models to predict how the prey would move and inverse models to plan the best trajectory to intercept it. While tracking and following prey, it uses forward models to continuously subtract its motion from the prey’s motion to track it. Using all three models simultaneously, dragonflies capture prey mid-air, quite similar to how humans catch a Frisbee. No wonder dragonflies are such good aerial hunters! The authors now plan to investigate how such a small nervous system could execute such complex computations.

Republished in my wordpress blog